Spencer Geissinger is an experienced leader whose career has spanned politics, government, and the private sector – he has served in senior roles in multiple political campaigns, a Governor’s office, the White House, the Department of State and most recently multiple leadership positions in the private sector. Mr. Geissinger currently serves as President and COO of Checkmate Global, a nationally recognized multi-faceted security company with a primary focus on temporary deployable perimeter security assets, vulnerability assessments and surveys, workplace security and safety consulting, executive protection details and training.

After leaving federal government service in 2009, Geissinger served as Director of External Affairs and Director of the Washington DC Office for the Governor of Florida. In this role, Geissinger was the principal liaison with private industry, the U.S. Congress, and the Executive Branch of the Federal Government for the third largest state in the United States. Mr. Geissinger was named to this role after serving as Deputy Campaign Manager for Governor Scott’s successful gubernatorial campaign in 2010. Following his service to the State of Florida, Geissinger served as the Chief of Staff to an ultra-high net worth family office overseeing a large and diverse staff and budget of in excess of $12m annually.

From 2007 until 2009, Geissinger was the Deputy Assistant for Operations to the President of the United States. In that role, Mr. Geissinger oversaw the seamless integration of dozens of military, security, and operational agencies and components involved in the execution of the Presidential traveling footprint – including the United States Secret Service, the White House Military Office, the Presidential Airlift Group, the Presidential Helicopter Squadron, the White House Communications Agency, and others. Mr. Geissinger was frequently the principal U.S. government negotiator on some of the highest profile and most sensitive diplomatic visits overseas.

Prior to joining the White House staff, Mr. Geissinger served as a Senior Diplomat in the U.S. State Department as Assistant Chief of Protocol for Visits and later as Deputy Executive Director of the 2004 G8 Summit, where he led nearly 500 employees and an interagency working group made up of nearly one hundred state, local, and federal entities in executing one of the largest international leader summit hosted in the United States at that time.

Mr. Geissinger has traveled extensively to over 110 countries on official business and in direct support of the President of the United States as a senior advisor. He was hand-selected to plan and execute the President’s final trip to Iraq and Afghanistan, one of a small number of secret missions to a theater of war in the history of the Presidency.

Earlier in his career, Geissinger held several other positions in the U.S. Congress and private sector in senior management roles. Mr. Geissinger serves on the Board of Directors of the Federal Enforcement Homeland Security Foundation. 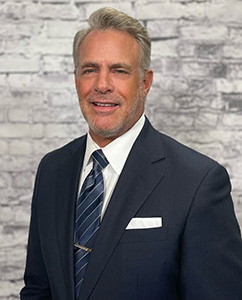